There’s something so charming about the idea of an old town, particularly one that is now surrounded by a larger city. It’s like seeing the village that gave birth to the city around you. In most modern cities, there is no discernable old town. Sure, there are old buildings, but unless they have been given some sort of heritage protection, they’re not guaranteed to stay around forever. And in many instances, the first buildings that constituted the city were bulldozed many decades ago, replaced by newer buildings, which then grew old and were bulldozed as well. What would have been the old town is now a glistening skyscraper. So this is why it’s special to explore an authentic (mostly, anyway) old town. Let’s take a look at 8 of the most interesting.

The old town in the Czech capital is just the central part of the city, and it’s only really discernable when you notice that the buildings have taken on a distinctively medieval look. Depending on which direction you approach this part of Prague, you might walk through the 11th century Powder Gate, signifying where the city used to end.

Bruges has perhaps some of the best-preserved medieval architecture in the world. With its multiple canals, it’s often called the Venice of the North, which is rather troublesome really. Venice is beautiful, and Bruges is also stunning. A comparison like this seems almost pointless. The canals are handy though, since a boat cruise is about the best way to see the beauty of the old town of Bruges, at a rather refined pace. The Church of Our Lady (Onze-Lieve-Vrouwekerk) dates back to 1270, and has the second tallest brickwork tower in the world.

York was founded by the Romans in around 71 A.D and is the finest old town in the United Kingdom. It was an actual walled city, although naturally the city has grown far beyond these original limits. The original city gates is where the heads of criminals and miscreants were actually put on pikes as a warning to others to stay on the straight and narrow. It’s a fantastic place and looks like the sort of place where you could easily run into a certain boy wizard.

This is an odd one to include on this list, and yet the German capital has a small area that is considered to be an old town, even though it’s a reproduction. Just off Alexanderplatz in the shadow of the delightfully space-age looking TV tower, you will find the old town of Berlin. Naturally, much of the city was destroyed in the dying days of WW2, and this includes the historic center of town. The so-called old town of Berlin (known as Alt-Berlin) is a reproduction of what the area might have looked like, and is located on the site of the original city (which was founded in approximately 1244). It’s strange to walk in a supposedly old town… which is about as old as the 1970s.

Once the political and financial heart of Ancient China, Pingyao (located in the central province of Shanxi) is a city laid out in a manner that was traditional in the Ming Dynasty, filled with narrow streets lined with traditional architecture. This place is unreal, and it feels like an artificially constructed Ancient Chinese theme park. Getting lost in those narrow alleyways, it’s possible to imagine what the city would have been like thousands of years ago. And the thing is, it doesn’t look all that much different.

Another old town that has Roman origins, Carcassonne is a fortified settlement that is in the south of France, not so far from the Spanish border. Once a major town located right between the Atlantic and the Mediterranean, the strategic location of the city was coveted by numerous hostile forces. To this end, the Romans constructed the Cité de Carcassonne, a massive, imposing fortress that was completed by the year 333 A.D. in an earlier form, with additional embellishments added over the following centuries. It’s still there, overlooking the town.

Havana boasts one of the most stunning old towns in the new world, and Old Havana Cuba is going to take up a  lot of your attention when you’re in the city. It’s an energetic and enigmatic city, and while there is so much to actually see and do, you might get your happiest memories by simply sitting in Plaza Vieja in the heart of the old town, just watching the world go by.

Ibiza is a weird place in that in recent decades it has achieved notoriety for a party hotspot. Each summer, swarms of visitors come to dance non-stop to electro. Hopefully these party people will take the time to explore Ibiza’s Dalt Vila, the beautifully preserved older part of the town that extends up a hill, overlooking the harbor. 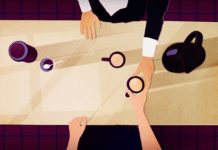 Who Can Provide Immigration Advice? 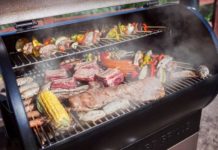 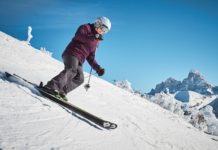 Guide to Skiing For The First Time – Consider These Tips Before Hitting The Slopes!

Reason Why Construction Companies Are Not Able To Get Benefit from...

The reason behind the popularity of fishing charters

Factors that matter the most when planning a limo rental